Roger Dubuis (Richemont Group) is one of the most famous and renowned luxury brand, creator of stunning, exquisite Swiss watches. All timepieces produced by Roger Dubuis follow strict rules, which established the brand as synonym for quality, craftsmanship and prestige.

As a well-positioned brand in China, Roger Dubuis never stops surprising their fans, and this year they really outdid themselves by establishing a partnership with Pirelli, the famous Italian manufacturer of top-quality tyres, also supplying some of the fastest F1 cars. The partnership came to life in the form of the latest timepiece created by the Swiss brand, called Excalibur Spider Pirelli. Not only is this watch a real joy to the eyes, but it features a detail that really sets it apart from the competition: the strap is made of tyres that were used by actual F1s.

With such a remarkable product, Roger Dubuis wanted to launch a campaign to showcase the technical excellence of Excalibur Spider Pirelli as well as its uniqueness, while leveraging WeChat O2O to drive offline engagement and sales. For such a prestigious brand, a simple, average campaign was not enough: their goal was to create an experience that is truly memorable and outstanding, just like their watches. In particular, they wanted to reward and engage local fans with references to Chinese traditional values and customs, while still delivering the true Swiss quality.

To reach this goal, Roger Dubuis appointed Velvet Group, a Shanghai-based Digital Marketing and Communication agency with a great expertise in supporting luxury and prestige brand, to envision the strategy and collaborate with ITC on design conception and technical development.

The first step was the conceptualization. In order to create an O2O experience able to leverage WeChat’s capabilities, Velvet Group designed a campaign where Roger Dubuis allowed customers to have opportunity to be among the first people possessing the timepiece in China. Using WeChat Pay, users could pay a deposit of 8888 RMB for a fantastic, personalized experience. Once the deposit was paid, Roger Dubuis would contact the customers right away to arrange a personalized shopping tour in their physical stores, with the specific goal to ensure every experience to be unique. Furthermore, as mentioned Roger Dubuis wanted to appeal to their Chinese customers by paying respect to the local culture and customs. The campaign was designed to last only 8888 minutes, roughly 6 days, and only 88 pieces were made available. As the number 8 is considered lucky in China, the campaign was created to resonate with their follower’s base and ensure maximum success. The campaign was then called - Race Against Time.

The teaser and welcome message

Following the conceptualization phase, ITC team took over to the design of the campaign. Before launching the campaign, a screen with a teaser was featured, which created a great hype among Roger Dubuis’ WeChat fans as well as watch aficionados all over China. Once properly launched, the first screen showed a countdown, making sure everyone knew the campaign time was limited and increasing the sense of urgency. A roaring sound was played automatically, to underline the partnership with Pirelli and showcase a feeling of energy, speed, and power.

The design of the campaign was executed to mirror these feelings and display the sense of elegance that is proper for the brand. Clear CTAs were strategically positioned to maximize conversion and stand out, while still being aesthetically gorgeous. In-depth explanations were also provided, as well as detailed forms where users could leave their information.

The project was developed using responsive H5 front-end and the expressive, beautiful syntax from Laravel to ensure the blazing-fast performance of the campaign.

Description of the product and CTAs

Dario, ITC’s CTO, shared his opinions on the project:

Laravel 5.4 was utilized to meet the speed, customization and high security standards required by Roger Dubuis. On the front-end, tools such as webpack and gulp were used to ensure code quality and generate highly efficient and optimized code. The JavaScript code was written following the ES6 standard and transpiled using Babel to guarantee the maximum compatibility with all versions of WeChat browser. The CSS was generated from SASS files ensuring code quality and extensibility, together with high compatibility across multiple platforms. The success of this project resulted from the effective communication between ITC and the client's technical team, and we were happy to cooperate any way we could. As this campaign was launched on WeChat platform, there were some difficulties regarding browser compatibility. However, thanks to our deep, hands-on experience on this platform, we figured out the best ways to deliver the results of highest quality, in particular by making full use of the capabilities offered by ES6 rather than ES5.

After several hard working nights and the joint efforts of various teams across the globe, the Race Against Time finally went live on July 10th 2017.

As reported by Jing Daily, the numbers of this campaign are staggering:

These were all great achievements, not only for the incredible numbers reached but also when considering Race Against Time as a successful PR campaign. Firstly, it showed a deep understanding of Chinese culture, with multiple references to the number 8, while making sure to bypass WeChat Pay’s limitations in terms of payment and ensuring a luxurious, personalized experience. Also, the speed and performance of the platform guaranteed the satisfaction of all users, not only those who booked the service but also people all over China, pushing Roger Dubuis’ brand name even higher in the Luxury landscape.

The campaign was a huge success 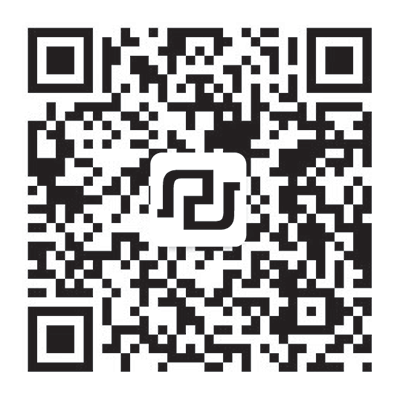