Social Shopping in China: The Rise of Impulse Buying

The Rise of Impulse Buying in China

Have you ever just browsed an online shop for fun without planning on making any purchases, but still ended up buying one or two (or 10) products that you couldn’t resist? No worries, you are in good company. What you just did is called impulse buying, the act of spontaneous buying for no apparent reason. This is a common trend witnessed in numerous e-commerce markets around the globe. However, it is even more apparent in today’s China, where the convenience of e-commerce has completely revolutionized the way people shop, and as a result, the habit of impulse buying has witnessed exponential growth in the past few years.

We asked a few Shanghainese friends, working your everyday 9 to 5 office jobs at local companies, about their impulsive shopping patterns - we were not surprised to know they all fell “victim” to this trend.

During our conversation, one of them (Lihua) shared with us that during JD’s 618 Festival, she ended up purchasing 5 new pairs of shoes in a span of just 2 weeks. When asked about the reason for buying those products, she said:

“No specific reasons actually. My friends usually share their newly purchased shoes or outfits on their WeChat Moments, together with their reviews. At that time, I thought - wow, this pair of shoes is really nice, so many people have got it, I must buy one for myself. Then, I clicked on the sharing post, was directed to a WeChat store, and completed the transaction in the blink of an eye.”

This is a micro-example of one person, but it speaks volumes to Chinese consumers’ purchasing thought process and behavior, and recent data support this as well. According to a survey conducted by Accenture, up to 70% of China’s Gen Z consumers (young adults aged 18 to 22) are more inclined to buy products through social media than traditional outlets. The survey also found that 31% of Gen Z consumers consider social media as a source for product inspiration and a mechanism that influences their decision-making process.

Similar to Lihua, an increasing amount of young Chinese consumers can no longer be gratified by heading to the shopping mall, selecting among a limited number of products, and queuing in line to complete their transaction. Angela Wang, a core member of BCG Group, pointed out in her article about the consumer economy in China, that most Chinese online buyers are still very new to their middle-class or upper-middle-class lifestyles. However, they have already built a habit of grabbing the latest of everything - new products, new services - perhaps as a way to showcase their emerging lifestyle. Connecting back to the influence of social media, HKTDC conducted a survey of middle-class Chinese consumers and found 53% of the respondents stated that social media is the main trigger for their impulse buying.

Another factor, as mentioned in Lihua’s story, is the ease of purchasing thanks to the integrated ecosystem of online commerce within social media (learn more about China’s social commerce here and here). Today, consumers can immediately purchase what they have seen in a post or in a live stream, without the need to leave their current platform. We can see this increasing desire for instant gratification from a market research study conducted by Kantar Media CIC. In their report, KM CIC found that an increasing number of Chinese social media platforms are incorporating content marketing through an omnichannel operation to cater to the demands of their users.

Why are Chinese consumers buying impulsively?

After our interviews, and some wisdom from Angela Wang, we have conducted secondary research to analyze possible psychological reasons behind impulse buying witnessed in China’s prodigious consumer market. Below, we will highlight the three pivotal reasons that are driving impulse buying in China: FOMO, satisfaction from receiving new things, and the seamless shopping ecosystem.

Before we begin, let’s take a trip down memory lane and try to think of a time when you were afraid that you would be left out if you didn’t have what everyone else had. It could’ve been a time in six-grade when all the cool boys had their brand new Nike kicks while you were still sporting your old Adidas. Or when everyone seemed to have a sleek iPod tucked in their pocket, and you were still rocking a CD player that skipped every time you made the slightest movement. Similar to Lihua’s sentiments that “so many people have got it, I must go buy one for myself", she may have experienced a psychological phenomenon known as FOMO. According to a study on Computers in Human Behavior, FOMO is defined as the uneasy and sometimes all-consuming feeling that you’re missing out on what your peers are doing or possessing.

Have you ever felt being left out if you don't have something that everyone has?

Such feeling produces a seemingly imperceptible urge that makes you want to experience the same things, which can be psychologically seen as loss aversion. To illustrate how strong FOMO can influence our purchase decision, let’s take a look at earlier this year’s Bitcoin craze. FOMO was allegedly behind the gargantuan investment spike last winter in Bitcoins. As more and more investments poured into the Bitcoin market, many followed suit without actually realizing a need or reason for their own investment - simply because they didn’t want to lose out on the opportunity to profit off of this cryptocurrency.

2. The satisfaction of receiving new things

The second reason for impulse buying may come from the satisfaction of receiving new things. According to a study conducted by Marsha Richins of the University of Missouri, Richins found that people not only experience a temporary boost of happiness when they buy something new, but this momentary happiness is felt periodically throughout the whole purchase and post-purchase journey. There is also biological evidence of why we experience satisfaction from purchasing new things so often. Based on research regarding consumers’ buying behavior, the act of shopping can trigger your body to release the same amount of dopamine as winning a Powerball Jackpot.

Satisfaction can easily be found after purchasing.

China’s rising disposable income has also contributed to Chinese consumers’ ability and desire to find satisfaction through impulse purchases. According to the Chinese National Bureau of Statistics, the per capita disposable income of urban residents has risen 7.8 percent annually and consumer spending is expected to reach $9.7 trillion by 2030 - and billions may be spent on impulse purchases.

The ease of technology and integrated ecosystems make the purchasing process easier, faster, and more convenient for the users. With the Internet and mobile penetration steadily increasing, people can buy (and sell) to anyone, anytime and anywhere; the purchasing process is literally at the consumer’s fingertips. The seamless omnichannel consumer journey is no longer linear but having multiple online-offline touchpoint combinations. The strategy of promoting consistent brand message across different touchpoints can effectively communicate one brand, one voice to the consumers.

Thanks to the increasingly rapid growth of e-commerce, online shopping is becoming much easier.

Additionally, the journey is now being completed at a much faster pace: from the moment you think about buying something to having it appear at your doorstep. Companies now offer the next day, same day, even 1-hour deliveries to encourage impulse buying, along with quick transaction process through mature online payment systems such as WeChat Pay and Alipay. The convenience of one-click ordering, reordering, and recognizing when users move from one platform to another also encourages impulsivity among the users.

How can companies leverage this consumer habit?

From the astonishing figures in China’s holiday flash sales to the recent developments witnessed in China’s digital industry, it is apparent that consumers are becoming increasingly susceptible to impulse buying. However, if brands want to leverage the habit of impulse buying to obtain more customers with the right content and products, they need to understand the characteristics of China’s growing e-commerce and the technological tools that act as the agents of this industry. In the second part of this series, we will offer some constructive solutions for brands to increase shopping impulsivity among Chinese consumers. For more insights, keep a lookout for our upcoming release! 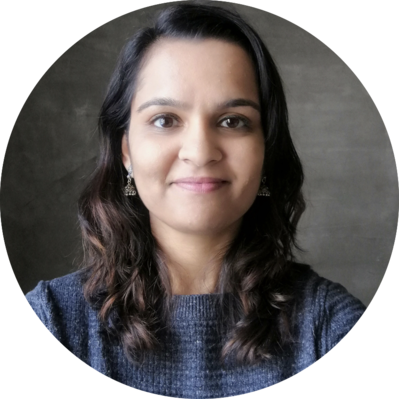 For over 10 years, Nisha has held many key positions as a Senior Project Manager and Consultant for well-known brands across the United States including Nike, Kraft-Heinz, UnitedHealth Group, Target, and more. At IT Consultis she leads the Consulting and Strategy Department, focusing on improving performance and delivering the best strategies for the company’s clients.

Stay up to date with the latest, most important news about
China's Digital Landscape